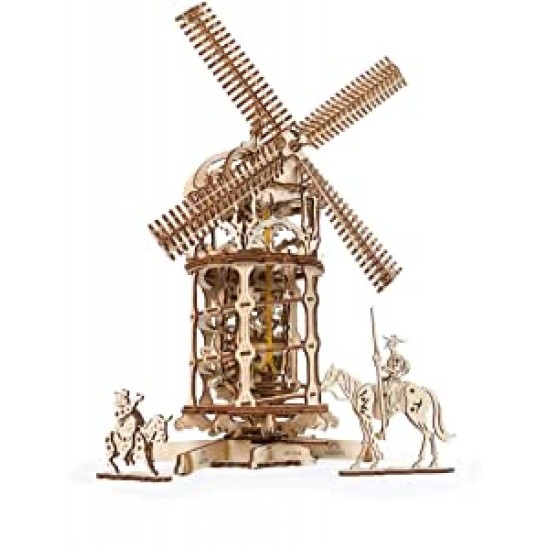 The Tower Windmill from Ugears is more than a mechanical puzzle. It is an exciting adventure into the history of old England. The model is based on the Chesterton Windmill, a 17th-century cylindrical stone tower windmill that was built outside the village of Chesterton, Warwickshire county. Built around 1632-33, the Windmill was restored between 1965 and 1974 and today it is the earliest tower mill in England to retain any of its working parts.