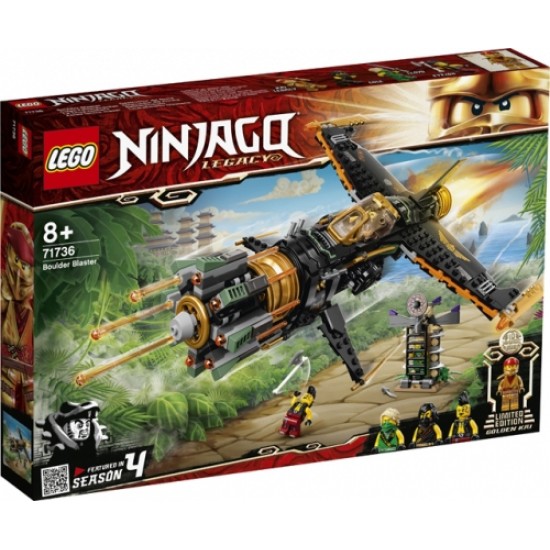 Take to the skies with Cole in this awesome Rock Block Blaster ninja plane! Fire the plane's 8 powerful spring-loaded shooters at the evil Eyezor on the ground. Then aim at the prison to shoot Lloyd's cell door. Earn a major win in the skies over NINJAGO City, then place the limited edition gold Kai Legacy minifigure in a nice spot to celebrate the 10th anniversary of LEGO NINJAGO sets